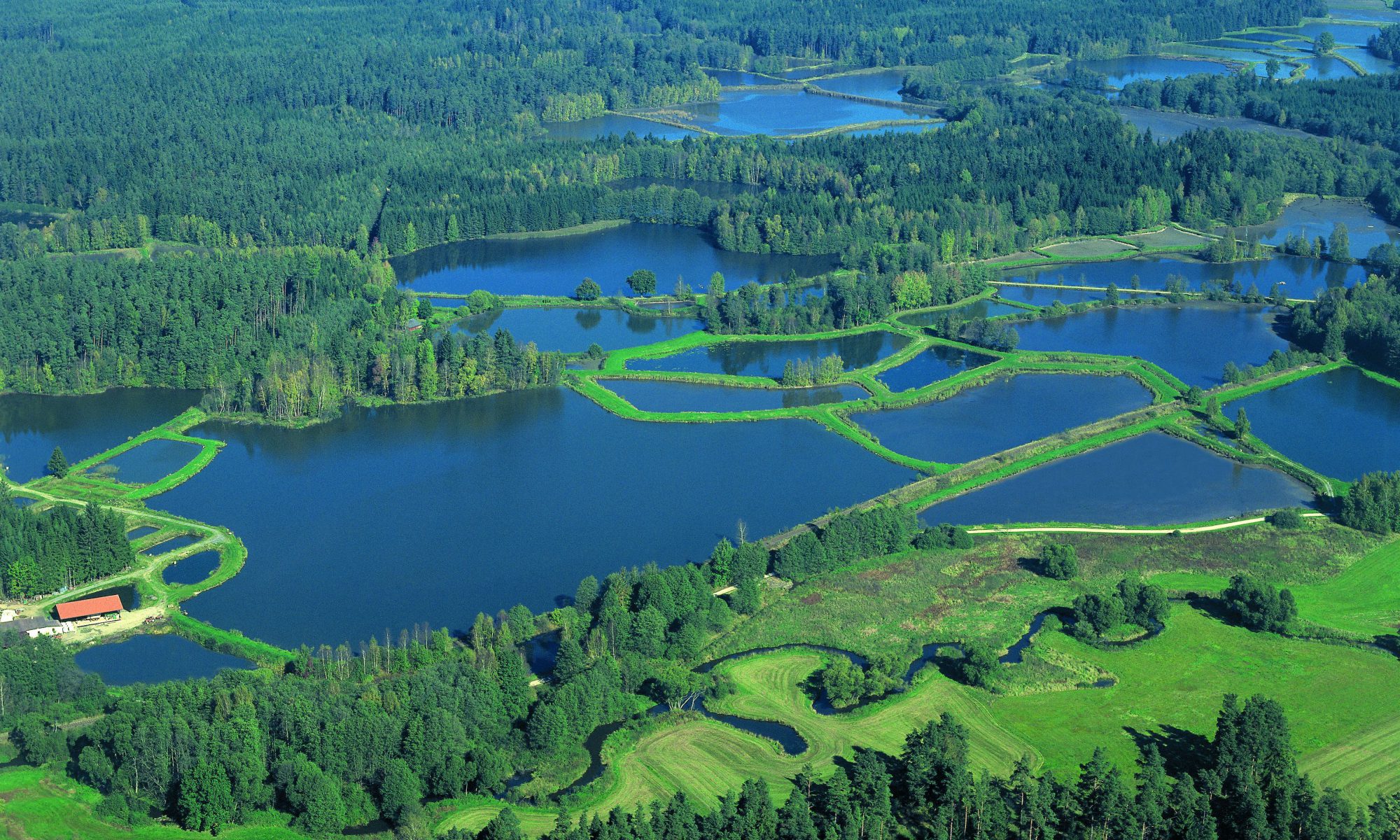 Around 1133, Margrave Diepold III founded the Waldsassen monastery and endowed it with extensive foundations. Clearing led to a closed high medieval settlement landscape. The carp ponds are still particularly characteristic of the landscape today: The monks used the swampy landscape for fish farming and created one of the largest pond areas in Europe.

Margrave Diepold III. equipped the monastery Waldsassen with extensive monastery forests (abbey mountains). The founding convention was formed by Cistercian monks from Volkenroda. In the sparsely populated area, a closed high-medieval settlement landscape with planned villages and corridors developed through clearing. The monastic policy of preserving the stock promoted the formation of four-sided courtyards, which still shape the foundation coun-try today. A system of monastery courtyards with surrounding large block corridors was cre-ated around the Waldsassen monastery, some of which have been preserved.
Fish farming was particularly characteristic of the landscape in Waldsassen: together with farmers and farmers, the monks developed one of the largest pond areas in Europe here.
After the Reformation, the Stiftland was Protestant-Lutheran for three generations, and the monastery was the seat of a Palatinate care office. With the settlement by Cistercians from the Fürstenfeld monastery and the renewed elevation to the abbey began at the end of the 17th century. a second heyday, which culminated in a lively building activity. The monastery was dissolved in 1803, revived as a Cistercian monastery in 1864 and again raised to an ab-bey in 1925.
The pilgrimage church of Kappl, connected to the monastery by a station path, with its view to Bohemia, is extremely effective in the landscape. Since the Baroque period, pilgrimage sites, village churches, chapels, marbles and shrines (pillar pillars) have been built in an extraordi-nary density in the Stiftland, so that a real sacred landscape was created.