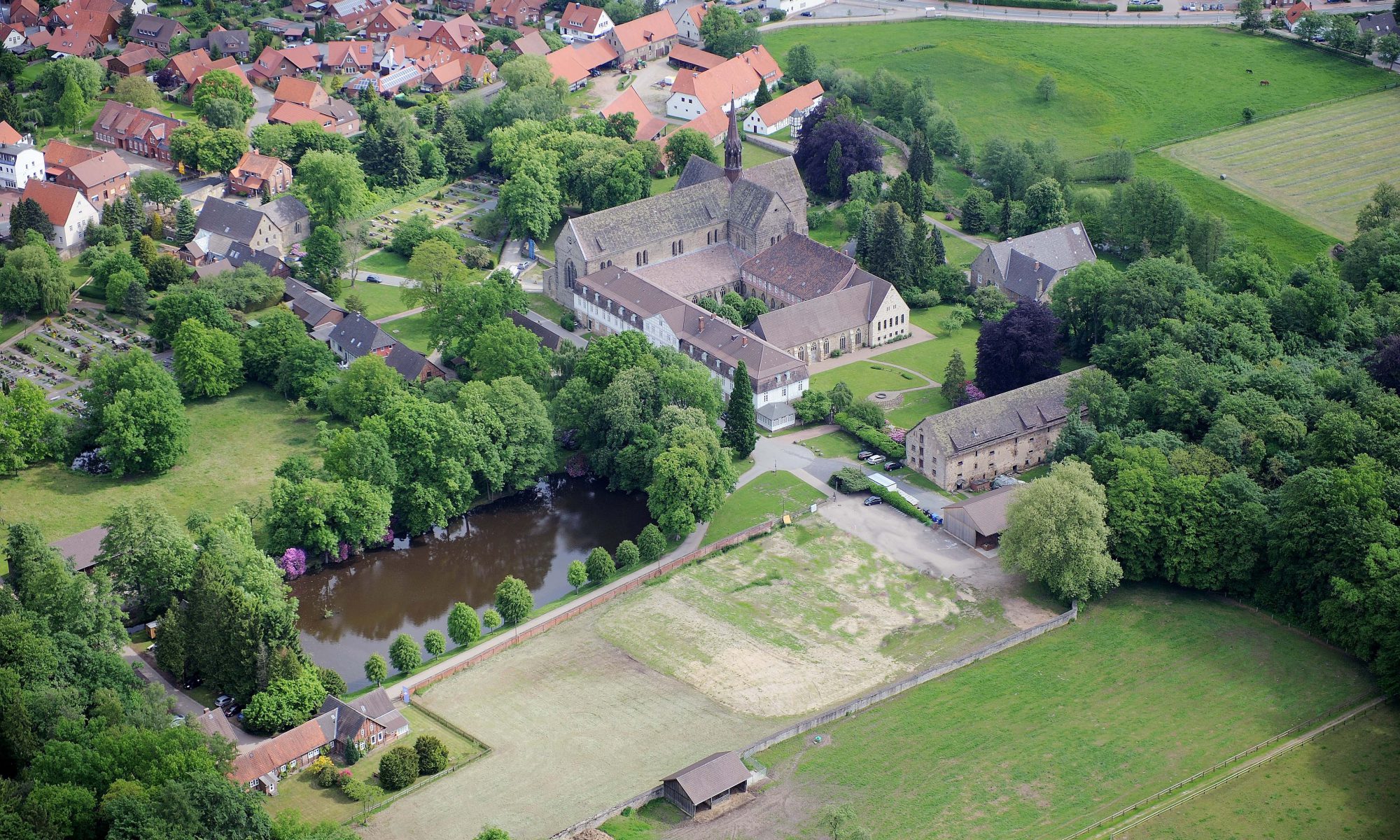 Continued existence as a Protestant convent.

The foundation of the monastery was based on a donation by Count Wilbrand of Hallermund, and in 1183 the Pope subordinated the monastery under the Cistercian Order. The monastery‘s spatial influence extended far beyond the village of Loccum to Oedelum northeast of Hildesheim and south to the Weser. The most important city courts were in Hanover and Minden, Bad Münder and Herford.

Loccum Monastery was founded in 1163 by Cistercian monks from Volkenroda. The basis was an extensive donation by the Count of Hallermund, which, in addition to Loccum, included three other villages and a large forest, later the monastery forest “Sündern”. Within a few decades, the monastery church, a canalisation system, numerous monastery buildings and hydraulic engineering structures were built, much of which is still preserved today and forms an outstanding ensemble.
By 1330 Loccum’s possessions had grown steadily and included lands, buildings and rights to revenues from salt works, mills and more. At least five Loccum granges and three town farms existed during this period. From the second half of the 14th century, the monastery lacked donations and monks, so that its economic power declined and it had to sell possessions. But even today, more than 400 years after the monastery adopted the Lutheran doctrine and the influence of the Cistercians came to an end, it still has extensive landholdings.
The work of the Cistercians has left traces not only in the monastery itself but also in its surroundings. In the “Sündern” area, several ponds and ditches bear witness to Cistercian hydraulic engineering. And in the nearby Rehburg Hills, sandstone quarries from the construction of the monastery complex as well as pits and dumps from hard coal mining can be found.