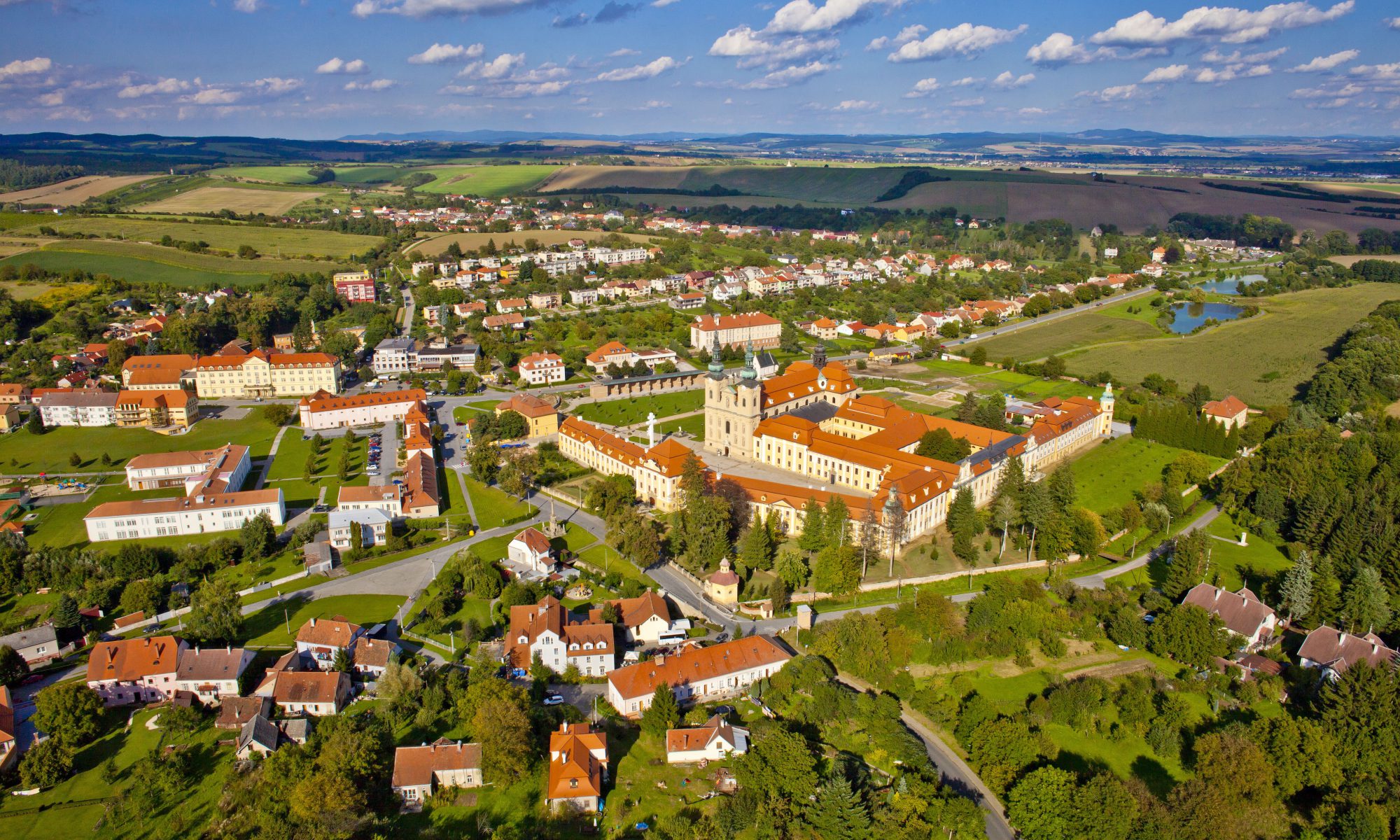 The first Moravian Cistercian monastery was founded with the support of Margrave Vladislav Jindřich in the valley of the Salaška River at the southern foot of the Chřiby Mountains. The Slavic apostles Cyril and Methodius acted in this place in the 9th century, to whom the monastery owes its current fame as the most important pilgrimage basilica in the Czech Republic. The Cistercians in the Morimond line brought economic wealth, knowledge of fishing and the cultivation of fruit, wine and hops.

In 1205 Margrave Vladislav Jindřich founded the first Moravian
Cistercian monastery on the left bank of the Salaška. The monastery got its name after the old center of Great Moravia, Weligrad and was to become the burial place of the margraves of Moravia. Velehrad is located in the southern part of the “Mars Nature Park” (Chřiby) promontory. The ridges around the nature park consist of clay and sandstone cliffs and are covered with dense deciduous forests.
The five-nave Romanesque church of the Assumption was inaugurated in 1228 in the presence of the Czech king Přemysl Otakar I. After the monastery was destroyed by fire during the Hussite wars, it was rebuilt between 1587 and 1592 under Abbot Eckardt von Schwoben. It was again badly affected during the Thirty Years’ War and in 1681. Between 1685 and 1735, the splendid new building of today’s monastery church was carried out under the Italian baroque architect Giovanni Pietro Tencalla. After the monastery was closed in 1784, the church initially served as a village church and was soon abandoned to decay. In 1890 the facility came into the possession of the Jesuit order, who lived here
founded a church high school. In 1928 the monastery church under Pope Pius XI. raised to the basilica minor. The monastery was closed again in 1950 during the communist regime, but returned to the Jesuits after 1990. In the same year Pope John Paul II visited the monastery. Thanks to its connection to the heritage of Cyril and Methodius, Velehrad is now one of the most important places of pilgrimage in the country.